Serving as the usTLD Administrator for the Locality-based space is one of the more complex aspects of administering the usTLD and requires a deep knowledge not only of the technical issues, but experience in negotiating complex agreements with the Locality-based community. When the Department of Commerce contracted for a usTLD administrator in October 2001, the sole namespace was the deeply-hierarchical legacy locality-based usTLD structure, for which no authoritative records of delegations and sub-delegations existed. Registry Services has developed a documented management framework for the usTLD with policies and procedures specifically for the locality-based usTLD structure and provides continued administrative oversight to ensure the minimum techinical and service requirements are met by both Delegated Managers and locality-based registrants.

Registry Services provides SRS, DNS, WHOIS and customer support services at no charge to registrants in the locality based space, whether or not we serve as the Delegated Manager. 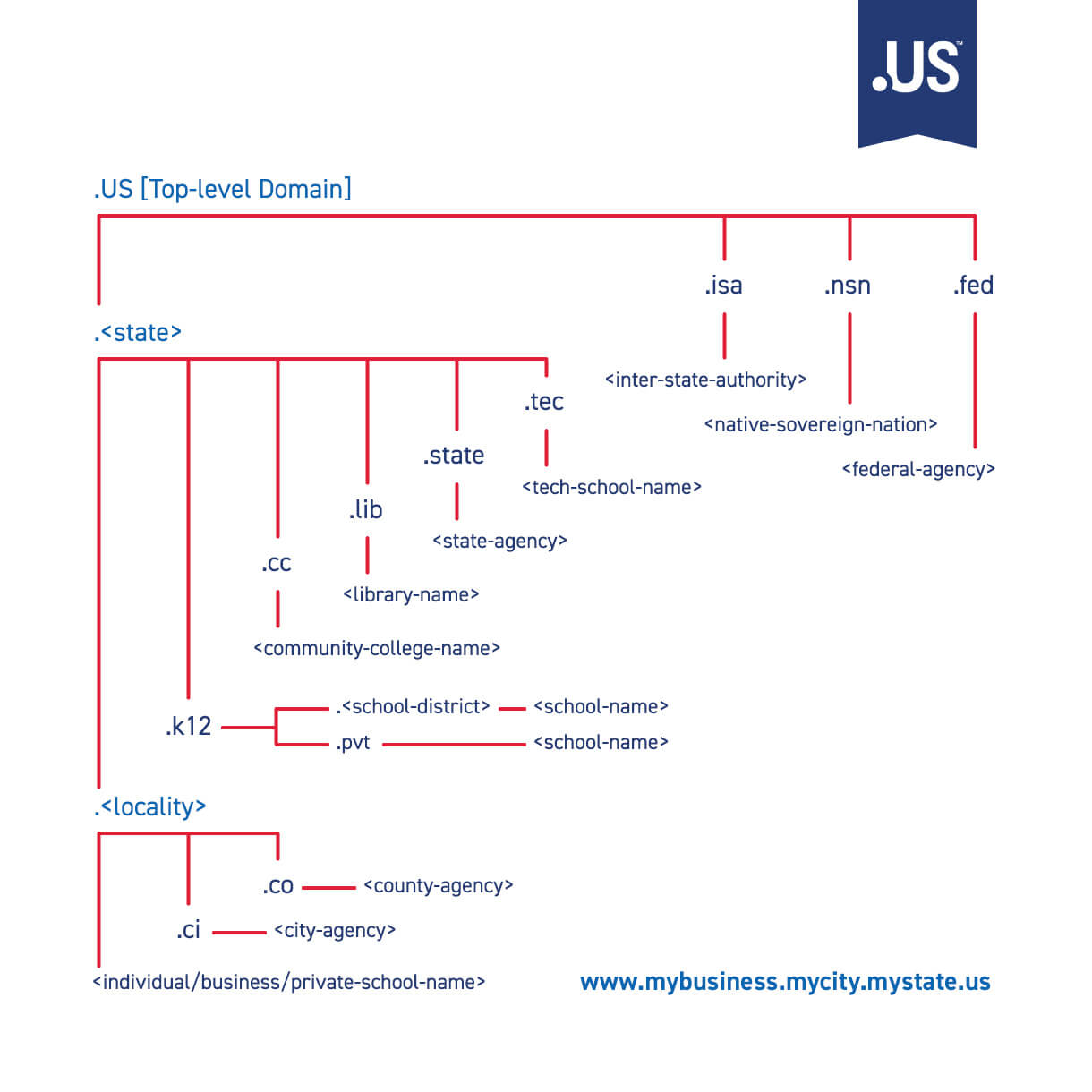 The hierarchical structure of the usTLD, as established by RFC 1480, is based on political geography. The second level is designated for states and US territories, based on the two-letter state and territory codes assigned by the U.S. Postal Service, and this space is further subdivided into localities. This is the primary basis of the .US Locality Name Space.

The structure is divided by:

Please direct all questions or discussion about Delegated Manager or Locality registrant administrative, technical, policy or customer service issues related to the operation and management of .US to locality-support@about.us

Learn more about the usTLD

View All .US is the web address for American dreams of all kinds. View All

With .US, you get a unique web address that helps you stand out in a digital landscape. It’s a great way to differentiate yourself as the Internet becomes more crowded than ever.

Designed to safeguard and promote the public interest, the usTLD delivers a safe, reliable namespace in a policy-rich environment. .US can be registered by any individual, business, blog or...

Increase visibility for your business with online local listing services; publish to 100+ local search platforms, mobile applications, navigation systems, and directories at one time - from one place.

Increase visibility for your business with online local listing services; publish to 100+ local search platforms, mobile applications, navigation systems, and directories at one time - from one place.

Here are a few quick links for learning more about the .US top-level domain.

Here are a few quick links for learning more about the .US top-level domain.

Are you ready to join
the .US Community?